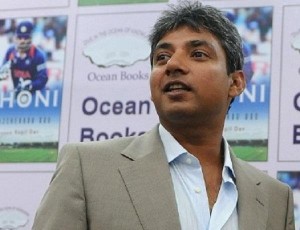 Pakistan are five wickets down for just 35 runs in the seventh over of the high-voltage Asia Cup encounter against arch-rivals India. The ‘one last hope’ for Pakistani fans, skipper Shahid Afridi, comes in to bat.
The star all-rounder, on the very second delivery he faces from Yuvraj Singh, tries to steal a quick single but fails.
He misjudged the fielder’s position and it was too late to realise that he was no more a lighting-quick athlete.
The 35-year-old swashbuckling Pakistan captain was run out, courtesy some brilliant work on the field by Ravindra Jadeja and Mahendra Singh Dhoni.
There was now no hope for the Pakistani fans who were seeing their team in complete disarray.
Afridi, since making his debut in 1996, has been a regular Pakistan international and is undoubtedly the country’s biggest cricket celebrity.But with all the star power, Afridi has faced a lot of criticism from the cricketing fraternity due to his inconsistency, which, perhaps, is a result of his aggressive nature both as a person and a sportsman.
Ajay Jadeja, former Indian batsman, had much to say when India comprehensively outclassed Pakistan by five wickets in what was being dubbed as a contest between Indian batsmen and Pakistani bowlers.
“Had it been a more sensible player in place of Afridi, he would have settled for a single rather than putting himself in danger in an attempt to take another run,” commented Jadeja in a post-match show on Pakistan Television (PTV) Sports.
“A run was not as important for Pakistan at that stage but a wicket was enough to change the game.”
And it certainly did.
“I’ve been watching Afridi play international cricket for the past 19 years and I believe he has always been very one-dimensional with his approach,” the former Indian batsman said.Jadeja, 45, compared the Pakistan skipper with his Indian counterpart MS Dhoni, who is known for a cool head and excellent captaincy skills.
“MS Dhoni, too, is famous for his big hitting but he can also play 40 balls without trying to hit a boundary which makes him an adaptable player,” said Jadeja.
“In such a long career, Afridi has failed to change his approach and finds it difficult to alter his style according to the situation,” he added.
Afridi’s performance in the last 10 T20 internationals present a dismal picture with scores of 2, 8, 7, 23, 29, 24, 0, 2 and 2, respectively. In those matches, Afridi has bagged just seven wickets — while Pakistan’s winning percentage under his captaincy is less than 50.
“It does not matter if Pakistan are 40 for 4 or 400 for 4; Afridi is always going to play with the same approach. He has been doing it for the past 19 years,” said Jadeja.
“Afridi applies the same one-dimensional approach in his captaincy too. He has not moved an inch from the path he chose to follow since he first arrived in international circuit.”
Criticising Afridi is not the solution, Jadeja argued, adding that the selectors and former cricketers should have thought about these issues before handing him over the captaincy.
“People have made Afridi a star because of the style he plays with. Now how can they expect him to change?”