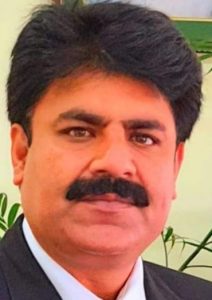 No state or country can progress and prosper without having speedy, inexpensive and timely justice. For credible good governance, it is essential and required that the Governance to be based on principles of simplicity, responsive, accessible & less expensive, openness, structured & technology based discretion, transparent, time bounded, hassle free from legal complexities and to have strong external oversight mechanism through public bodies comprising good independent professionals. Unfortunately, this has not happened in Pakistan for many decades, despite it dreamed by our forefathers who had long struggle for the great independence.
The Constitution of Pakistan, 1973 also ensures speedy and inexpensive justice as described in the “Principles of Policy” but we are lacking behind in implementation area. Everywhere in world, the governments believing on citizens empowerment and welfare have strong independent and effective complaints management system but in Pakistan, there is a lack of hierarchy in effective handling complaints mechanism, lack of timeframe for redressal of public grievances and so much so there is lack of trust between the duty bearers and the citizens which could be considered the key impediments in access to justice, resultantly making rule of law a big problem in country and prevailing unrest in society.
The manner in which discretion is being exercised by govt officials in Pakistan is also a big question mark while performing official functions at their seats which is evident every day from the public experiences, feedback and media reports, which resultantly, increasing frustrations among people day by day due to inefficient govt working and delayed response. The people of Pakistan cannot leave more at the mercy of this outdated Administrative justice system and upon whims of govt functionaries.
Due to poor performance in governance and avoidance of use of modern technology for handling public matters, Pakistan is one of the highest rating countries where citizens have lodged their grievances against govt authorities or officials at different federal, provincial and local levels on the matters of alleged mal-administration matters. This state of affairs has also increased the burden of regular courts and the real time of courts is being spent to entertain these grievances. The citizens of Pakistan cannot leave more at the mercy of this outdated administrative justice system and upon whims of few govt functionaries.
The office of Mohtasib/Ombudsman has the mandate not only to deal with individuals’ complaints but can take cognizance to address the systemic issues of governance in any govt agency through committee reports and to make recommendations for rectification. The role of Ombudsman offices have been considerably strengthened through the Federal Ombudsmen Institutional Reforms Act promulgated in 2013, and they now have all legal measures for implementation of their recommendations. At centre, five offices i.e. Federal Ombudsman, Federal tax Ombudsman, Federal Insurance Ombudsman, Federal Banking Ombudsman, and Federal Ombudsperson against Harassment at work place are working under their respective laws but under one and same Appellate Authority in Pakistan, which is President of Pakistan.
The caseload before the courts is already too large, and many of the complaints that are brought before the Ombudsman need not turn into a regular legal dispute. As the Ombudsman/Mohtasib or his liaison counsellors at local levels are empowered to informally conciliate, amicably resolve, stipulate, settle or ameliorate any grievance, therefore, there is a dire need for strengthening the Informal Dispute Resolution mechanism for handling public grievances in addition to regular handling system against state functionaries as well in Pakistan through the offices of Ombudsman.
The appointment criterion being the head of Federal and Provincial Ombudsman is also very important and critical for the success of good governance, administrative justice and for transparent system. Personalities or professionals, who are vibrant, have passion, legal background & knowledge, vision, courage and have commitment to serve the public should be appointed to these posts with clear time bounded targets for resolving public grievances and addressing systemic issues of governance through Committees reports.
The office of President being the Appellate Authority of Ombudsmen is dealing representations/appeals against the recommendations/findings under the respective Ombudsman laws. The similar role has been given and assigned to Governors in Provinces in their respective Ombudsmen laws. The role of President and Governors with reference to provision of speedy and inexpensive justice needs to be further defined, prioritised and to further strengthen with modern ideas, public requirements, awareness and having strong implementation strategy as per mandate and spirit already promulgated through Ombudsmen laws in the larger public interest.
The benefits for activation of a speedy and inexpensive alternate administrative justice system at citizen’s doorstep would be very beneficial, everlasting and would make wonders in areas of responsible good governance and to improve transparency standards in Pakistan.

A man is seen in the rubble of a house damaged in an earthquake in Paktika province, Afghanistan