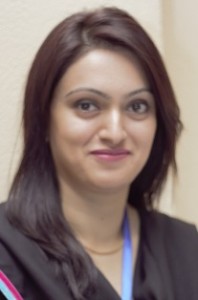 With the new wave of violence which erupted again in Pakistan in past few weeks, to create fear among masses and convey a message that terrorism can’t be fully exterminated, this upcoming ECO Summit in Pakistan gives a strong missive to all miscreant elements that Pakistan is fully prepared to counter all challenges and knows well that such terror bound incidents cannot break the zeal and morale of nation. Certainly, holding this high profile event in the capital of Pakistan will not only present positive image of Pakistan to the world but will unquestionablyfetch Pakistan to have more cordial relations with member states of ECO.
Economic Cooperation Organization (ECO), is an intergovernmental regional organization established in 1985 by Iran, Pakistan and Turkey for the purpose of promoting economic, technical and cultural cooperation among the member states.ECO is the successor organization of Regional Cooperation for Development (RCD) which remained in existence since 1964 till 1979.In 1992, the Organization was expanded to include seven new members, namely: Islamic Republic of Afghanistan, Republic of Azerbaijan, Republic of Kazakhstan, Kyrgyz Republic, Republic of Tajikistan, Turkmenistan and Republic of Uzbekistan.The Treaty of Izmir signed in 1977 as the legal framework for the RCD andlater adopted as the basic Charter of ECO was modified to provide a proper legal basis to ECO’s transition from RCD at the Ministerial Meeting held in Islamabad in June 1990. Following the amendment in the Treaty of Izmir ECO was fully launched in early 1991.The break-up of the former Soviet Union led to the independence of Republics of Central Asia and Caucasus. In their bid to open up to the outside world and as a manifestation of their urge to revive their historic affinities with the peoples of Iran, Pakistan and Turkey, six of these Republics; namely Azerbaijan, Kazakhstan, Kyrgyzstan, Tajikistan, Turkmenistan and Uzbekistan along with Afghanistan sought the membership of ECO and were admitted into the organization. The participation of these new Members States in the activities of the Organization commenced after their formal accession to the Treaty of Izmir at an Extraordinary Meeting of ECO Council of Ministers held in Islamabad on 28th May, 1992.After its expansion, the working principles of ECO have been regulated and its institutional framework has largely been completed. The organizational structure of ECO comprises a Secretary General (SG) and has Seven Directorates which operate under the guidance of the SG. These Directorates and its distribution among member countries are classified as Directorate of Trade & Investment (Pakistan), Directorate of Transport & Communications (Iran), Directorate of Agriculture, Tourism & Industry (Turkey), Directorate of Energy, Minerals & Environment (Azerbaijan), Directorate of Project, Economic Research & Statistics (Kazakhstan), Directorate of Human Resources & Sustainable Development (Turkey), Drug and Organized Crime Coordination Unit-DOCCU (Iran). It is important to note that 66% of the ECO budget isbeing financed equally by the three founding members.
ECO summit which will be held in Islamabad on 1st of March, 2017 is conjectured as major breakthrough in region where Pakistan is playing a very crucial role not only as a state which has successfully tackled terrorism but lot of economic growth potentials are still present in country with bright future. This time “connectivity for regional prosperity” is put forward as the theme of ECO summit. It is expected that the forum will deliberate and decide on ways and means to augment cooperation in the areas of connectivity, trade, energy, tourism, investment, industry, economic growth, productivity, social self-aware and environment. Certain initiatives for continuance of education and scientific linkages, cultural and people to people contacts within the ECO will also be pondered among member countries during the Summit. Many member states are looking forward and have shown their desire to be part of CPEC. China-Pakistan Economic Corridor (CPEC) is an outstanding example of the Summit’s theme of connectivity and it will augment the existing and planned transit and energy corridors in ECO region for greater progress and prosperity for the people of the area. The theme of connectivity will help to nurture rail, air, energy, cyber, and knowledge based connectivity among member states.
This time consolidation of event in Pakistan is very viable. With the presence of officials from Afghanistan, it is expected that this forum will give an opportunity to both countries to find solution for long term peace in region. Same goes for Iran, where the visit of Iranian delegation will help to resolve differences between both countries. After China, Turkey is considered as another country with companionable relations and recent official visit of Pakistan’s PM to Turkey and now visit by Tukey’shigh profiles for ECO certainly echo robust bilateral associations. CAR’s have always turned out to be ardent supporter of Pakistan on any forum and this meeting will further enhance friendship among member countries. It is fact that the ECO region is full of bright trading prospects. Despite an organization with nascent footsteps, ECO has developed into a thriving regional organization and its international stature is growing. However, the organization faces daunting challenges with respect to realization of its objectives and goals. Most importantly, the region is lacking in appropriate infrastructure and institutions which the Organization is seeking to develop, on priority basis, to make full use of the available resources in the region. In the past few years, the member states have been cooperating to hasten the pace of regional development through their mutual undertakings. Besides sharing cultural and historic kinships, they have been able to use the existing infrastructural and business links to further fortify their resolve to transfer their hopes and aspirations into a tangible reality. ECO has boarded on several projects in priority sectors of its cooperation including energy, trade, transportation, agriculture and drug control yet all member states need to reinforce in this summit howto bring peace and development in the region with progress and prosperity.

Previous Was this colossal risk necessary?
Next Rushed Nationalism: How Not To Secure The World

‘Committed’ Countries get united to tackle the Pandemic

Sara Afzel A global collaboration known as COVAX is in play to accelerate the testing, …