Breaking News
Home / Reflections / Title: In Order To Brand Himself As A Revolutionary Bilawal Needs To Rebrand His Party

Title: In Order To Brand Himself As A Revolutionary Bilawal Needs To Rebrand His Party

Salman Anwer January 31, 2018 Reflections Comments Off on Title: In Order To Brand Himself As A Revolutionary Bilawal Needs To Rebrand His Party 1,450 Views

Recently there has been much talk about and praise of Bilawal’s interview which he gave to India Today’s Managing Editor Rahul Kanwal in DAVOS. The Pakistanis are going “ga ga” over that interview, from praising him, to calling him a true leader, representative of the youth, the next Prime Minister  and what not. No doubt it was a good interview. A well-rehearsed and a well prepared one. And, there’s absolutely no doubt that he spoke well, rather too well, which came as a surprise to many. But, what baffles, or even drives some of us mad, is, his pomposity and sheer arrogance. One also cannot fail to notice his sense of entitlement, that came from supposedly being an heir apparent to the throne of the so called first family of his country and from being an Oxford graduate.

He was articulate, precise, to the point, and, seemed clear-headed on issues like terrorism, extremism, Pakistan’s relations with India. He praised and owned Pakistan Army, by calling it his army. He said Pakistan needs a genuine progressive voice, a progressive alternative to the populist, hate-driven politics of the two other mainstream political parties, and that, his party has always been a progressive force in Pakistan, that’s the way forward and that’s the sort of politician he’d like to be.  Whatever he said was all politically correct and great. Pakistan does indeed need a progressive voice over the populist one, but his jalsas, political rallies, speeches everything pander to populism, and are far from these views of his. It’s a popular saying that actions speak louder than words, and, in his case it’s certainly true, as every action of his and his party depicts of what he accuses other political parties of. The mess, chaos, meyhem in Sindh is in stark contrast of his speeches , his views. The VIP culture, the destruction of the education and health sector the recent example being the appointment of Dr. Asim as Chairman HEC, the brutality of Sindh Police , in recent being the extrajudicial killings of innocent people at the hands of people like Rao Anwar and then the protection these Policemen get by strong influential politicians, every single thing speaks otherwise.

He said other political parties can’t fault him at issues that’s why they resort to childish insults like calling him an inexperienced little baby. But, Bilawlal fails to see, or rather conveniently choose to ignore is, that his party has been in Power in Sindh for the past 10 years and been in Center for 5 continuous  years, and has not done a single thing which benefits the common man. The corruption of his father and father’s cronies is as serious an issue and a crime as that of other politicians. He says he wants to take forward his mother’s mission. But what exactly was his mother’s mission? Was it to flourish and nurture her husband’s corruption and misdeeds? Which seems it was though. If he truly, sincerely wants to be the young progressive voice of the nation, then he has to throw off the shackles of his father’s past misdeeds. Unless he’s always tied to his mother’s apron strings or in his case keeps on under his father’s influence he can never ever be progressive young alternate voice of Pakistani youth or nation.

No: If any other politician say Imran khan had praised and owned Pakistan army like Bilawal did, he would have been branded as an army stooge, which would have been quite unfair to say the least.

Previous YOUR ATTENTION PLEASE…. HONOURABLE CHIEF JUSTICE ! Talal Ch. has urged Mian to march on the Supreme Court of Pakistan and to throw out all idols housed in it, like the Holy Prophet had done (Naooz Billah).
Next Afghan Quandary 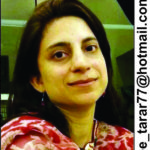