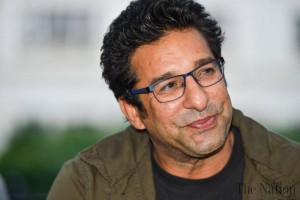 ISLAMABAD: Former Pakistan captain Wasim Akram has tipped India to start as the favourites for the India-Pakistan clash in the upcoming Asia Cup tournament.
“Given the way India are playing right now, they’re clear favourites [against Pakistan]”, said Akram. “It will be a good game to look forward to.”The legendary left-arm fast-bowler also believes Asia cup just before the World T20, has gained immense importance due to the change of format in the tournament.
It will be the first time that the Asia Cup, which was played in a 50-over format, will now be played in T20 format, and the 49-year-old believes that this tournament will be the prepration ground for the upcoming World T20, as it will feature three out of five World T20 champions.“The Asia Cup, this year, assumes a lot of significance, particularly because of the T20 format”, said Akram. “Out of the last five World T20 champions, three are participating in this Asia Cup so that quotient alone adds so much excitement”.