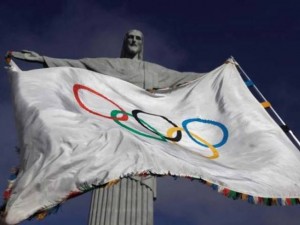 MOSCOW: Russia’s athletics federation, facing exclusion from the Rio Olympics over previous doping scandals, said on Wednesday it had repeatedly warned athletes and coaches not to take meldonium, the banned substance used by tennis player Maria Sharapova.
Since former world number one Sharapova admitted using meldonium, Russian sports officials have said a number of other competitors have taken the substance, which is used to treat diabetes and low magnesium, and more names could emerge.
So far none of the Russian sports people named have been involved in track and field, but if any are found to have used the drug it would set back what is already an uphill struggle by Russian athletics to prove it is tackling doping in time for the Rio Games in August this year.In an announcement entitled: “To the attention of sports people and coaches,” the Russian athletics federation, or ARAF, said it was reminding people in the sport yet again that meldonium is on the World Anti-Doping Agency (WADA) banned list. “The ARAF has on multiple occasions warned sports people, coaches, and support staff that, since January 1 this year meldonium is included in the list of the banned substances.”
The announcement said on several occasions last year items were posted on the federation’s website stating meldonium was banned, the message was also passed on at a conference of coaches last October and at three training camps.The governing body of world athletics, the IAAF, last year suspended Russian athletics from international competition after a report commissioned by WADA alleged there was a culture of doping in Russian athletics and that sports administrators helped cover up positive tests.Russian sports officials say they are doing everything asked of them to comply with the IAAF’s demands so they can return to competition. But they have only a few months left to get reinstated before the Rio Games.