Breaking News
Home / News / Pakistan among 76 countries to get debt relief from May 1: Foreign Minister

Pakistan among 76 countries to get debt relief from May 1: Foreign Minister

Web Desk April 16, 2020 News Comments Off on Pakistan among 76 countries to get debt relief from May 1: Foreign Minister 378 Views 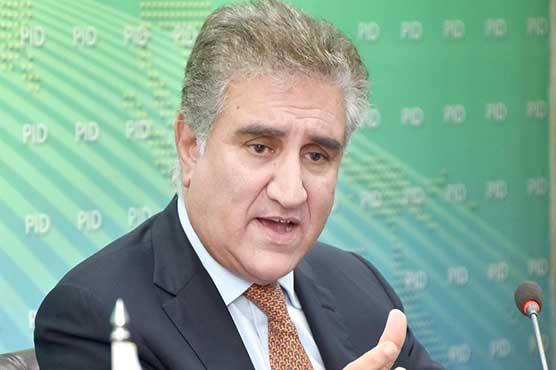 ISLAMABAD, April 16: Foreign Minister Shah Mahmood Qureshi on Thursday said that on Prime Minister Imran Khan’s appeal, the G20 countries have decided to provide debt relief to 76 developing countries, including Pakistan, and this decision will be effective from May 1.
Addressing a press conference in the federal capital, he said that this is a very timely decision and will give developing countries a fiscal space to make spending on their worst-hit segments of population amid the coronavirus pandemic.
He said that despite many cautious voices, the prime minister had launched an appeal to the world community on April 12, calling for debt restructuring for the developing world as the extraordinary spending by them had shrunk their fiscal space badly impacting the revenue generation and exports. He added that after scraping, Pakistan could only manage an economic stimulus package of $8 billion though it was unprecedented.
FM Qureshi said that the developing world faced difficulties of no fiscal space and a fragile health system. On one side, their revenue and exports are under bad impact, while on the other, there expenses are on increase as they need more hospitals, ventilators and other equipment, he added. However, he said, the prime minister told the world that the immediate response from the world could be a debt relief which would have its spin-off impact on the developed world too.
He said that following the PM Imran’s call, the United Nations (UN) and International Monetary Fund (IMF) chiefs endorsed the proposal and thus prompting the G20 countries to make a “historic decision”.
“Behind the prime minister’s appeal, there was a threadbare discussion at Foreign Office (FO), government’s economic team, with Pakistan’s permanent representatives at New York and Geneva, his letters and discussions with around 30 foreign ministers and heads of the international financial institutions,” he said.
The foreign minister told the media that this was the prime minister’s forth global initiative during his less than two years term including drive against climate change, campaign against eliminating Islamophobia, action against corrupt and illicit financial flows, and the latest being the initiative against debt relief.
Responding to a question, the foreign minister said that the developing countries would get relief on both the principal and interest amounts. He added that the relief would be given by all the financial institutions including IMF and World Bank (WB).

He hoped that the relief would have a substantial impact on Pakistan and the developing countries. Earlier, the relief was granted to the least developing countries, but after Pakistan’s initiative it was extended to 76 countries of the developing world, he added.
He said that the global pandemic required a global consensus. “Even Pakistan decided to take part in a video moot of South Asian Association for Regional Cooperation (SAARC) health ministers hosted by India despite the fact that the latter always undermined the regional forum.
Responding to another question, the foreign minister said that the federal government had convinced the provincial governments to reopen the airports in different cities to allow the return of stranded Pakistanis abroad. Pakistan also arranged chartered flights for the return of foreigners from Pakistan, he added.
Qureshi also urged United States President Donald Trump to review his decision of suspending the American funding to the World Health Organisation (WHO) as it was the time to cooperate.
He also assured that the impact of the debt relief would surely be passed on to the masses.-Agencies

Previous Imran Khan for timely steps to avert any shortage of eatables during Ramazan
Next Hafeez Sheikh informs PM about approval of $1.4 bln concessionary financing from IMF