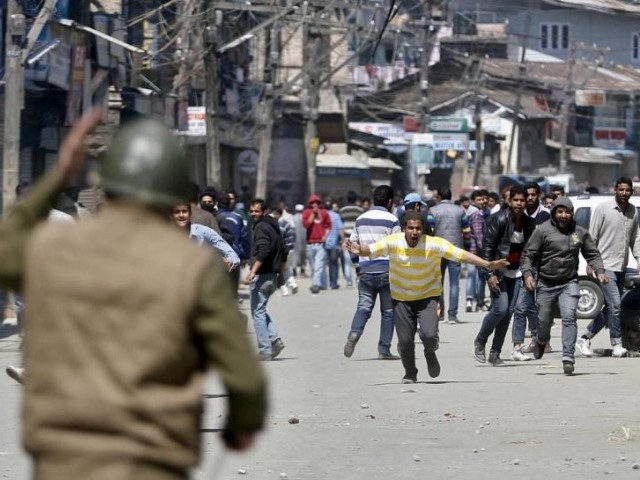 ISLAMABAD, June 8: Pakistan has strongly condemned the unabated extra-judicial killings of Kashmiri youths in Indian Occupied Jammu and Kashmir (IOj&K), describing it as an act of “state-terrorism perpetrated by Indian occupation forces”.
“The Indian occupation forces have martyred 9 more Kashmiri youths during the last 24 hours in ‘fake’ encounters and so-called ‘cordon-and-search’ operations in Shopian area of IOJ&K,” Foreign Office spokesperson Aisha Farooqui said in a statement issued on Monday.
Several houses in the area were also destroyed and pellet guns and tear gas were used against the innocent Kashmiris including women and children, who were protesting against the Indian brutalities, according to the FO statement.
“Infliction of such collective punishment to community is tantamount to crimes against humanity,” it added.
Islamabad condemned that, “While the world community is grappling with Covid-19 pandemic, India remains busy intensifying its brutalisation of the Kashmiri people”.
Extra-judicial killings of Kashmiri youths in “fake” encounters and “cordon-and-search” operations by occupation forces are being perpetrated with complete impunity, under the cover of draconian laws.
“In further inhuman practices, the occupation forces neither reveal the identities of the martyrs nor hand over their mortal remains to the families for burial,” said the FO spokesperson, adding that Hindutva ideology of RSS-BJP Indian regime is targeting Kashmiris with mindless violence to break their will.
India’s efforts to subjugate the Kashmiri people through killings, torture, forced disappearances, incarcerations and brutalisation have failed in the past and will not succeed in the future, said the communique.
It said Kashmiris’ resolve to resist illegal Indian occupation and to secure their inalienable right to self-determination, as enshrined in the relevant United Nations Security Council (UNSC) resolutions, continues to grow stronger.-TLTP