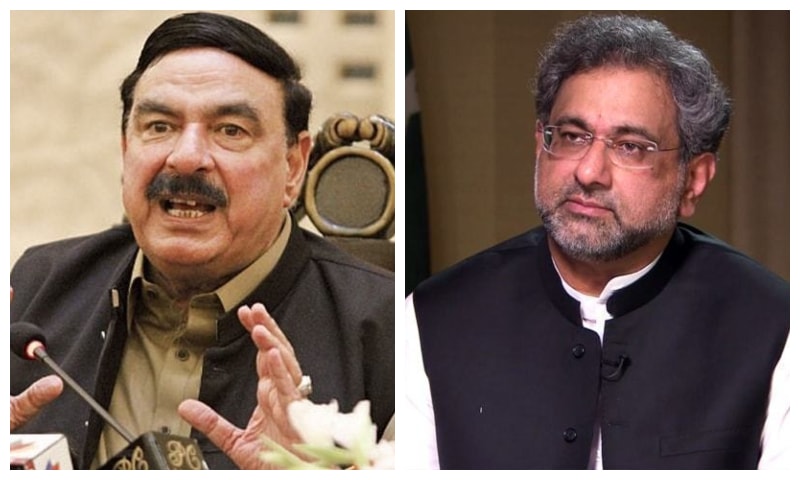 ISLAMABAD, June 8: Former prime minister Shahid Khaqan Abbasi and incumbent Railways Minister Sheikh Rashid tested positive for the novel coronavirus on Monday, joining a growing list of politicians who have contracted the disease.
Earlier today, PML-N spokesperson Marriyum Aurangzeb confirmed Khaqan had been diagnosed with the virus, adding that he had quarantined himself at home.
Shehbaz Sharif extended well wishes for Abbasi’s health, saying that the PML-N’s vice president was a “valuable asset of the party”. Sharif also expressed concern over the growing number of coronavirus cases in the country.
Later in the day, a statement issued by the Railways ministry confirmed that Rashid had also been infected, adding that the minister was not experiencing any symptoms. The statement said Rashid had gone into self-isolation at home for two weeks, as per recommendations by doctors.
Meanwhile, Pakistan Muslim League-Nawaz leader Tariq Fazal Chaudhry has tested positive for coronavirus.
Chaudhry has quarantined himself for 14 days after testing positive for the virus.-Agencies

Previous Pakistan denounces extra-judicial killings of another 9 Kashmiris by Indian forces
Next Corona peak expected in July and August, warns of ‘a very difficult time’ ahead: Imran Khan