The US commits the same abuses it condemns abroad 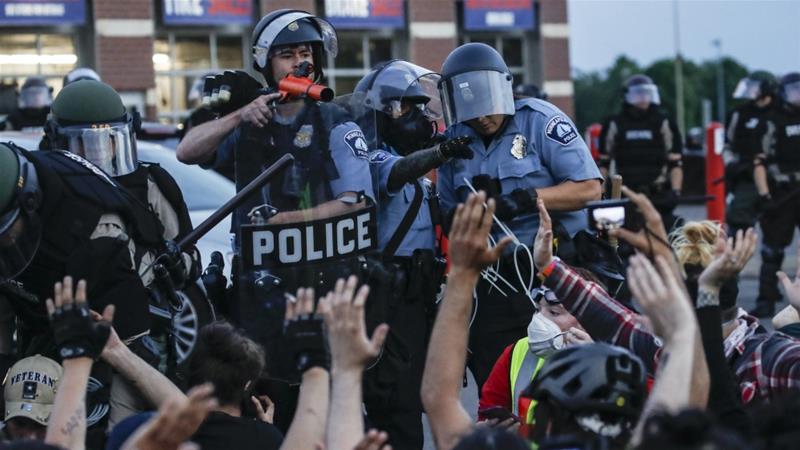 As human rights researchers covering places like the Democratic Republic of the Congo, Iraq, and Yemen, we have spent years documenting how repressive governments use excessive force and other abuses to quash dissent: firing on peaceful protesters and beating or arresting critics and activists.
Despite its own record of abuse abroad, which we have also documented, the US government has rightly if inconsistently condemned crackdowns by repressive governments – making public statements, raising concerns in private meetings with government officials, suspending military assistance, or imposing targeted sanctions against those most responsible.
The credibility of those actions, or what was left of it, now lies in ashes. Over the past three weeks, police across the United States have unleashed some of the same tactics against peaceful protesters at home that the US has condemned abroad. No matter what distinctions the current administration might try to draw, the ability of the US to promote respect for human rights abroad has been further harmed.
Following the May 25 killing of George Floyd, protests broke out in all 50 US states, condemning police brutality and structural racism. The police in many places responded with excessive force and abuse: beating up protesters, mass arrests, or using military force to discourage protests.
We are investigating about 100 separate incidents in which police reportedly used so-called less lethal weapons to disperse protesters, including tear gas, pepper spray, stun grenades, and rubber bullets. In several cases, police used “kettling” tactics, trapping protesters in an enclosed space, then arresting them, often using these weapons.
Many of those arrested said they were held for hours, and sometimes more than a day, in crowded, filthy conditions with no protection from COVID-19. They were not allowed to make a phone call, and many were moved from one precinct to another, making it nearly impossible for their families and lawyers to track them down. Upon release, many were given a summons to appear in court for breaking curfews, blocking traffic, and other minor offences.
Many journalists have been among those attacked, arrested, or otherwise harassed during the protests – sometimes on live camera. Police shot a journalist in Minneapolis with what she thought was a rubber bullet that left her permanently blinded in one eye.
Legal observers from the National Lawyers Guild were attacked, tear gassed, and arrested while monitoring protests in at least a dozen cities, despite their visible neon green hats and other identifying markers. One observer in Sacramento was shot in the face with a rubber bullet and hospitalised with a concussion, while several observers in Detroit were beaten with batons, punched, tear gassed and then arrested while trying to record the names of arrested protesters. Street medics deployed to provide emergency medical support to protesters injured during the demonstrations have also been targeted. In New York City, police assaulted and arrested a medic with a clearly visible red cross on his helmet.
As we have repeatedly told authorities during meetings in Kinshasa, Baghdad, and elsewhere, peaceful protesters should not be thrown into jail for expressing their fundamental rights to freedom of expression and assembly. Journalists, medical workers, legal monitors, and human rights activists are protected under international human rights law and should never be targeted just for doing their jobs.
Tear gas – a chemical irritant that can cause a burning sensation in the eyes and difficulty breathing – and other “less lethal” weapons are governed by strict necessity and principles of proportionality under international law.
The police should make use of non-violent means before resorting to force and avoid the use of force to disperse non-violent protests, regardless of whether the authorities deem the protests illegal. “Less lethal” weapons should only be employed when strictly necessary to obtain a lawful and legitimate law enforcement objective, and should be preceded by clear warnings.
In Iraq, we documented how security forces in late 2019 used excessive force against often peaceful protesters, including by firing tear gas canisters directly at them, causing deaths and injuries, and by breaking up protesters’ tents, including in the middle of the night. Security forces also routinely attacked journalists and wounded medics as they treated protesters. The US government condemned the violence throughout.
As the DRC’s president held on to power beyond the end of his constitutional mandate, we documented how security forces fired live ammunition and tear gas at largely peaceful protesters, killing nearly 300 people and arresting more than 2,000 protesters and activists between 2015 and 2018. The US government repeatedly condemned the crackdown and imposed targeted sanctions, including visa bans and asset freezes, against senior government and security force officials implicated in the abuse.
The US needs to live up to international human rights standards, the standards that US administrations have demanded of other countries, when people are out on the streets protesting, and every day. The recent mass arrests and excessive force used by the police during protests are not surprising for many Americans, especially Black and brown people who experience the reality of an abusive, racist law enforcement system on a daily basis.
But let us hope the swell of protests, global outrage, and increased public scrutiny of police behaviour – nationally and around the world – serve as an impetus for meaningful reforms.
Systemic, fundamental changes to policing and public safety are needed throughout the US to ensure that the basic human rights of Americans are respected. These changes are also crucial if the US government, including future administrations, hopes to have any credibility on the world stage as an effective promoter of respect for human rights and the rule of law.

Previous Operation Zarb-e-Azb: A Journey of Success
Next Man dies; Wars don’t die Zarrar by Shaan Shahid The Film; The Man; The Message 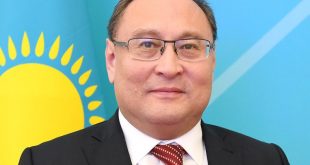