Web Desk July 9, 2020 World Digest Comments Off on The COVID-19 situation in Kazakhstan is under control 114 Views 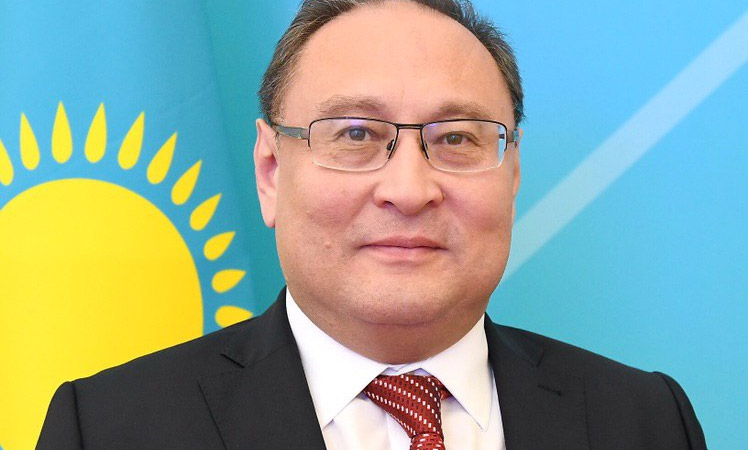 Despite some progress in certain regions of the world, the global experience continues to show that the coronavirus crisis is a long way from being eliminated. New cases are soaring in many countries, perhaps most notably in the United States. The World Health Organisation (WHO) has warned that the spread of the virus has not reached its peak in countries in Central and South America. Some countries in Europe, including Spain and Germany, had to re-introduce quarantine measures.
The government of Kazakhstan has always stated that the country cannot become complacent. And, indeed, the country is currently going through a challenging period. At the same time, there has been some exaggeration of the situation in the country. For example, it was reported in the international media recently that Kazakhstan is one of the countries with the fastest growing rates of COVID-19. Unfortunately, this caused some concerns and misunderstanding both among the public and the media regarding the epidemiological situation in Kazakhstan.
It is indeed true that the number of cases has increased in Kazakhstan. At the same time, a number of points need to be considered. Firstly, since the beginning of July asymptomatic cases of COVID-19 were added to the general statistics of morbidity, thus significantly increasing the infection growth rate. Secondly, Kazakhstan has greatly increased the number of tests carried out. Over 1.6 million people have been tested so far. Currently, the country is carrying out almost 90,000 tests per one million population (almost 14,000 tests per day), which is more than France, Germany, Canada, and many other countries. Kazakhstan at the moment ranks 19th in the world in terms of population testing. Naturally, this has increased the number of confirmed cases.
Due to these factors, there are just over 50,000 cases of COVID-19 currently registered in Kazakhstan, including just over 25,000 with symptoms, and over 23,000 asymptomatic. Approximately 1,400 new cases are registered per day, an increase of 3.0%. More than half have fully recovered, while over 23,000 patients continue to receive treatment. 260 people have died so far.
The rate of the spread of the virus in June was 1.3. There has been a decrease over the past week to 1.05. According to the Johns Hopkins University in the U.S., Kazakhstan ranks 35th globally in terms of the COVID-19 infection rate. The mortality rate in Kazakhstan is 0.5%. In comparison, it is 4.4% and 1.5% in the United States and Russia respectively. Furthermore, Kazakhstan ranks 54th in terms of the number of infected people per 1 million inhabitants, and 113th in terms of mortality.
Ultimately, these statistics demonstrate that the broad epidemiological situation regarding the spread of the coronavirus in Kazakhstan is under control. As soon as cases began to surge in June, the Government took the necessary measures to combat the pandemic in a timely manner, including implementing a second quarantine. The results of the first lockdown from mid-March to mid-May demonstrated that quarantine measures are indeed effective. The number of confirmed cases remained low during that period. It is expected that two-week quarantine will also contribute to the stabilisation of the situation. Besides, three hospitals focusing on infectious diseases were built quickly in the cities of Nur-Sultan, Almaty, and Shymkent. Clinics in other regions have been provided with the necessary equipment.
The two-week quarantine will last between July 5-19.
The measures restricted social and family gatherings limited to outdoor walking of three or less. The facilities including beauty and hair salons, all kinds of indoor sports centers, beaches, water parks, culture and entertainment places, religious facilities, kindergartens, and children health camps suspended their activities. As before, at least 80 percent of employees in public companies will continue working from home. The restrictions do not apply to construction and industrial plants with a continuous production cycle, open air agricultural and construction sites, as well as health centres, grocery stores, and open air markets.
Summer patios, auto service, and appliance maintenance are continuing working under enhanced sanitary and disinfection measures.
The international flights are operating within the previous list of countries, while domestic flights and train service are limited. The city and intercity bus service is suspended for the period of quarantine.
As President Kassym-Jomart Tokayev noted recently, this crisis is a passing phenomenon, and the difficulties are temporary. Kazakhstan has the required medical and economic resources to win against the spread of the virus and return to normalcy.

Beware of the looming chaos in the Middle East