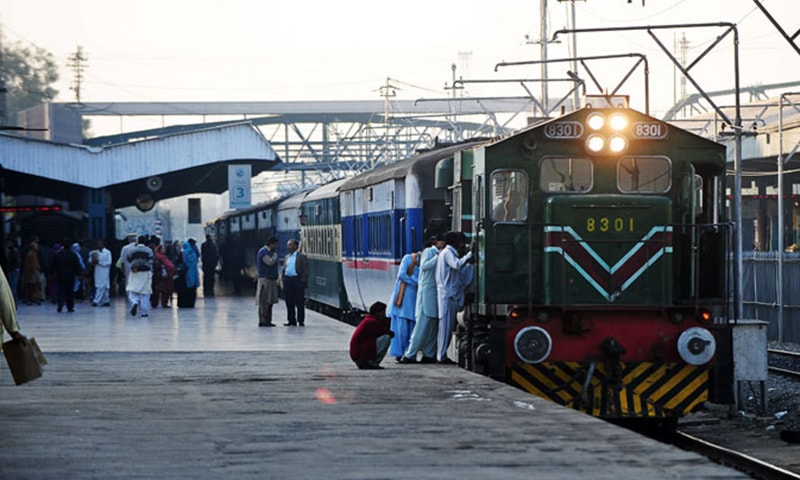 ISLAMABAD, July 9: The Supreme Court (SC) on Thursday expressed dissatisfaction over the working of Pakistan Railways saying that “it is not being operated the way it should be”.
Hearing a suomoto case, Chief justice of Pakistan (CJP) Gulzar Ahmed noted that in accordance with the rules and manuals of Pakistan Railways, on account of which accidents are taking place frequently, great damage is being caused to the railways in which precious lives are lost.
“There seems to be nothing in sight by which the operations of the railways in Pakistan could be improved,” CJP Ahmed remarked. “As not only is the infrastructure of the railways is in poor state and non-workable but also its employees are apparently not fit to operate the service.”
The CJP further added that there needs to be serious thinking on part of the federal government regarding the operation of Pakistan Railways and overhauling the secretariat-level positions from top to bottom to ensure its safe functionality.
The apex court expects that measures would be taken by the government immediately to ensure that the railway does not play with the lives of the people and its properties are not lost.
The court also asked directed the Planning Commission to submit a report, in this regard within one month.
According to a short-order issued by the SC, a report has also been submitted by the secretary/chairman, ministry of railways wherein a reference has been made to the up-gradation of railways through Main Line-1 (ML-1), under the China-Pakistan Economic Corridor (CPEC) and also to the Karachi Circular Railway (KCR) project.
“As regards to ML-I, it is informed that PC-I is now pending with ECNIC for approval and as soon as the said approval is received, work will be started. The order states, “The court expects that ECNIC shall consider and have PC-I approved, as per rules within a period of one month.”
in regards to KCR, it has been stated that considerable work on the ground has been done and that there are bottlenecks because of a Nala near Urdu University and Green Line near Nazimabad, the order added.
The secretary railways stated that if the government of Sindh takes immediate action and makes way for the railways at these two bottlenecks, the remaining work of KCR would be completed and the service can be made operational.
“There are railway crossings at which the Government of Sindh has undertaken to provide for the construction of either overhead or underground roads/paths, so that there is no eventuality of anyone crossing the railway line,” secretary railways added.
Upon this the bench directed the Sindh’s chief secretary to ensure that the above three items of work are expeditiously completed to enable KCR to run in the port city.
“Let a report, in this regard, be submitted by the Sindh chief secretary, within a period of two weeks,” the court order stated.” Sindh chief secretary and Karachi commissioner shall be present on the next date of hearing.”-TLTP