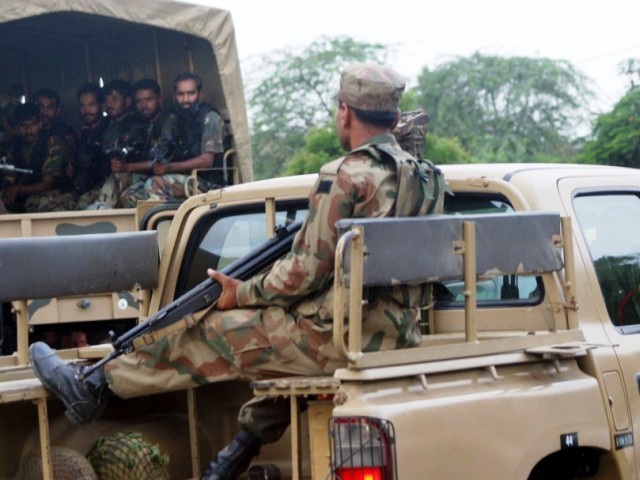 RAWALPINDI, July 14: Three soldiers were martyred and eight others injured when terrorists opened fire on security forces in Balochistan’s Panjgur district, the military’s media wing said on Tuesday.
The militants carried out the “fire raid” when the security personnel were on routine patrol near Gichak valley in Panjgur’s Kahan area, according to an Inter-Services Public Relations (ISPR) statement.
The injured soldiers include an officer. Five of the injured security personnel are in critical condition, the statement said.
The injured soldiers have been evacuated to the Combined Military Hospital (CMH) in Quetta.-DNA