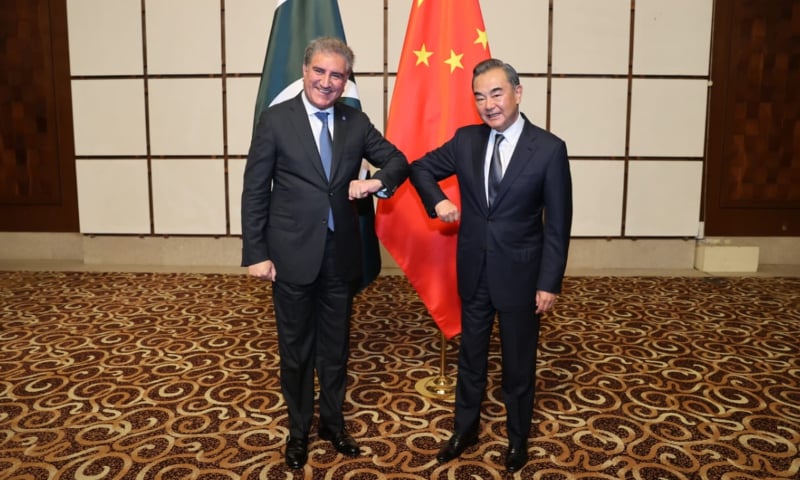 BEIJING, August 21: China has said that Pakistan has played an ideal role for peace in the region and the world. We will continue to support regional security, sovereignty and independence of Pakistan.
According to details, an important meeting was held between Foreign Minister Shah Mehmood Qureshi and Chinese Foreign Minister Wang Jie, during which various issues were discussed. A statement was issued after the two leaders met.
According to a statement issued by the Foreign Office, the two countries agreed to enhance cooperation on the Afghan issue, while praising the steps taken to launch intra-Afghan talks between the Afghan government and the Taliban.
According to the statement, the two countries reiterated their support for each other on bilateral issues, while Pakistan reaffirmed China’s support for Taiwan, Xinjiang, Tibet and Hong Kong.-DNA

Previous Army to assist admin to maintain peace during Muharram
Next Have Via the internet Gambling family room 2020 ??