Afghanistan: Taliban won’t talk because it is winning 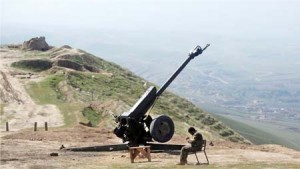 With an air of inevitability, efforts by the Quadrilateral Coordination Group – comprising Afghanistan, China, Pakistan and the United States – to persuade the Taliban to engage in face-to-face peace negotiations have stalled.
Diplomats with the group, know as the QCG, have expressed the hope that the Taliban’s refusal to talk is a leverage tactic, and that Pakistan would be able to bully and cajole the insurgent movement’s leaders resident in Pakistan into changing their decision not to participate.
It certainly would be characteristic of Afghan politics if that were to happen. However, the existing situation in Afghanistan provides no incentive whatsoever for the Taliban to negotiate with the Kabul-based government.
Engaging in talks at this point could prove disastrous for Mullah Akhtar Mansour, the Taliban chief, who has yet to fully impose his authority because of the decidedly dodgy circumstances in which he took power: There are many Taliban notables who remain furious that he concealed the May 2013 death of Mullah Mohammed Omar, the movement’s founder and spiritual leader.
Complicit in a conspiracy?
Mansour is seen as having been complicit in a conspiracy involving the Pakistani military and thus excessively susceptible to pressure from it.
Were Mansour to compromise on key pre-conditions to the talks, particularly the withdrawal of foreign troops, he would be risking the break-up of the Taliban, a fire that has already been lit by the rapid growth of the Islamic State of Iraq and the Levant (ISIL, also known as ISIS) franchise for Afghanistan and Pakistan.
That is why Mansour last week issued a statement calling for a concerted effort to win back estranged Taliban militants who have switched sides.
My sources in the Taliban’s military operations command structure say that his recent statement is a precursor to a concerted campaign against ISIL Khorasan. The two sides have been engaged in bloody clashes since November, but the fighting has been localised, again reflecting Mansour’s desire to bring home prodigal sons, notably Mohammed Rasool, with the assistance of the Taliban’s religious scholars.
Therein lies a major motivation for global and regional powers, as represented in the QCG either directly or by delegation, to engage the Taliban as a legitimate political entity, rather than treating it as a terrorist organisation.
Indeed, the US has never classed the Taliban as anything but an armed insurgency and, despite increasing re-engagement in Afghanistan’s hot spots, the Pentagon currently describes it as “hopefully, a partner in peace”.
That is because the Taliban has the proven capacity to stabilise areas under its control, albeit through the imposition of a regime on the local populace that is less carrot and more stick.
Thus the odd spectacle currently on show in eastern Nangarhar province, where ISIL has been engaged by US air power and Afghan ground forces on one front, and by the Taliban on the other, with each meticulously staying out of the other’s way because of their common interest.
When the Taliban takes on ISIL forces in a broader campaign, it will be interesting to watch for parallel US-Afghan military activity.
Taliban’s strategy
Of course, that is a sideshow in a war in which the major protagonists are increasingly at each other’s throats, because of the Taliban’s one-year-old campaign to seize territory on all axes of the Afghan theatre, launched when the national security forces assumed frontline responsibility from NATO.
Despite the overwhelming numerical superiority of the Afghan military, it has proved incapable of stopping the light infantry of the Taliban from taking territory when it wants to.
The insurgents used only 2,000 fighters to seize the northern city of Kunduz last year. District by district, Afghan troops are being pulled back to urban centres in Helmand, in the south.
And the security chief of Ghazni, which neighbours Kabul, recently went on record to say that he would not be held responsible if the Taliban were to seize parts of the province, because his repeated requests for reinforcements have not been met.
That is reflective of the Taliban’s strategy of stretching the military’s resources so that its numerical advantage cannot be brought to bear.
The Taliban also have the advantage of not having to position fixed assets to maintain control of its turf: Usually, a battalion-strength detachment of mostly local fighters answerable to a shadow governor and provincial commander is all that is required. They are easily reinforced from adjacent provinces when required, yet hard to target because they refuse to be sitting ducks.
That strategy has been deeply demoralising for the Afghan population, which is dying in unprecedented numbers as the conflict escalates.
It has also exacerbated the power struggle between President Ashraf Ghani, who favours political engagement with the Taliban with Pakistani help, and Chief Executive Abdullah Abdullah, who is deadly opposed to it.
In fact, it was Abdullah’s office that stymied the peace process after one round of talks last July by announcing Mullah Omar’s demise, without first informing the president.
Such is the fragility of the National Unity government that a Taliban offensive on Kabul, leading to the temporary seizure of several suburbs, would almost certainly lead to the coalition’s collapse. Even if the Taliban do choose to join the talks, that action would be postponed but not cancelled.

Previous Putin’s move in Syria contains a lesson for Iran
Next 23rd March : From Vision to Resolution

As we fight COVID-19, we should turn our gaze to space