Why the U.S.’s real enemy is itself

Time for Australia, China to rebalance

US Businesses Eye Investments in Turkmenistan 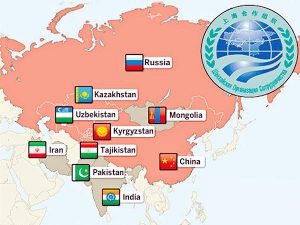 Currently, the Republic of Uzbekistan holds the “Chairmanship” of Shanghai Cooperation Organization (SCO). In this regard, the 2022 annual summit of the SCO Heads of State Council will be held on September 15-16 in Samarkand.
Uzbekistan took over the chairmanship of the organization from Tajikistan on September 17, 2021. It is worth mentioning that Uzbekistan has already chaired the SCO “three” times: in 2004, 2010 and 2016. The SCO has eight permanent members, including China, Russia, India and Pakistan, four observer states and nine dialogue partners.
In this context, the visionary President of Uzbekistan H.E. Shavkat Mirziyoyev, outlined the strategic “priorities” and “tasks” of the SCO chairmanship which include further strengthening of the “potential”, “utility”, “scope” and “discretion” of the organization, ensure peace and stability in the region, reduce poverty, and ensure food security. Thus president Mirziyoyev covered all aspects of socio-economic prosperity and greater regional connectivity under the flagship of the SCO.
In this regard, corridors of knowledge, economy and political trust would play decisive role. Formation of an expert forum of information security and to introduce the position of the SCO Goodwill Ambassador would further enhance scope of the SCO. Holistic polices of greater “industrialization” preferably “green” through a program of industrial “cooperation” not “competition”, further strengthening of cooperation and coordination in the field of tourism and a comprehensive program for infrastructure development across the SCO countries would be value addition under the current chairmanship of Uzbekistan.
According to latest official statistical data (2021-2022) with the SCO strategic expansion, the total population of the SCO countries will be almost 3.5 billion, which roughly accounts for half of the world, and the combined GDP is estimated to be exceeding 25 percent of the global GDP. Now SCO is the world’s largest regional organization. The total territory of the member countries exceeds 34 million square kilometers, which is more than 60 percent of the territory of the Eurasian continent. It covers three continents Asia, Europe and Africa. So SCO holds the key of the further socio-economic prosperity and greater regional connectivity in which Uzbekistan being the connecting hub would play an important role in the days to come.
The Uzbek President has urged to devise a “holistic” and “comprehensive” plan for the development of intraregional trade through elimination of trade barriers, align technical regulations and digitalize customs procedures. Thus he presented the “strategic road map” for the qualitative economic expansion of the SCO which would provide “win-win situation” for all the member countries because greater business activities, inflows of FDIs, imports & exports, meaningful PTA, FTA and grant of custom & duty incentives would further enhance economic scope, and strategic utility of the SCO.
The government of Pakistan has been supporting the aims of SCO through its roadmap of regional security, socio-economic integration, eradication of poverty, peace in Afghanistan and promotion of international & regional trade, removal of trade & investment barriers and formation of joint strategy to combat terrorism.

According to reliable diplomatic sources, Uzbekistan, as part of its chairmanship of the SCO plans to hold more than 80 international events to develop a program for boosting trade inside the region and step up the engagement of member countries in the area of security in 2022. Thus security stimulates peace, stability and harmony in the region and safeguards vested socio-economic interest of all the member countries of the SCO.
In this regard, the policy makers of Uzbekistan have decided to stimulate economic cooperation and increase sustainable security partnerships. Primarily, it desires to expand the SCO agenda by including new items, i.e. development of digital technologies and innovation.
Moreover, enhanced health capacity building mechanism should be mantra of all the member countries in which Chinese extended BRI Silk Health Route may play a dominating role in the days to come. Thus Uzbekistan being chairman of the SCO intends to focus on institutionalization of artificial intelligence technologies and digitalization of societies and economies alike which would have multiplier socio-economic multiplier effects.
According to Abdulaziz Kamilov, the Uzbek foreign minister the upcoming SCO Heads of State Council in September 2022 will open an opportunity to unlock the organization’s potential in a new way and to strengthen its role and significance.
It seems that there is an urgent need to have a “unified approach” to achieve peace and stability in Afghanistan. In this connection, holding regular high-level meetings in the SCO-Afghanistan format may achieve wonders in terms of regional peace and stability.
On its part, Uzbekistan has been seriously advocating peace and stability in Afghanistan through sustainable socio-economic and geopolitical engagement with Afghanistan. It has been rigorously pursuing innovative humanitarian assistance diplomacy to stop mountains of debris and destruction. Thus Uzbekistan has become a regional facilitator and stimulator to achieve peace and stability in Afghanistan and beyond.
It seems that visionary leadership of Uzbekistan has further increased economic potential of its country through showcasing its real potential in various regional as well as investment forums and road-shows. Rigorous commercial and economic diplomacy has further highlighted its strategic importance and utility to achieve the dreams of greater regional connectivity.
Moreover, dynamic foreign policy has paved the way of greater regional and global political recognition. Thus under the SCO chairmanship, Uzbekistan hopefully would lead the member countries towards greater socio-economic integration, resolution of conflicts, combating state and non-state security threats, smart economies, smart living, green resolution, carbon neutrality, poverty reduction and e-commerce & government. In the past during its chairmanships Uzbekistan streamlined easy & smooth sailing of the SCO in terms of water diplomacy, conservation, biodiversity, climate change, delimiting border issues and legal modalities.