Kazakhstan: The Land of Wonders & Replica of Switzerland

What stood out in China-ROK FM talks

The rising importance of China’s economy cannot be ignored

US and Azerbaijani-Armenian peace process

Belarus should have its own food packaging production by 2023: Lukashenko

Kazakhstan: The Land of Wonders & Replica of Switzerland 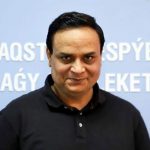 a. There is an urgent need to completely overhaul in the nation’s branding marketing strategies to make it more attractive, positive, productive and participatory tourists destination in the region and beyond.
b. The Kazak tourist authorities should establish a new brand policy for Kazakhstan as a tourist destination by creating a number of tours that relate to this, and promote them heavily, with the aid of Kazakhstani and foreign tour operators and travel agencies.
c. The diversity of Kazakhstan should be the essence of this new brand, incorporating in the new programs attractions like Astana with its architectural gems, Almaty and its cultural life, remnants of the Silk Road in the south, and of course the natural diversity of the country, including steppe, high mountains and mountain lakes, all of which can be found in both the Almaty and Altai region in relatively compact areas. Thus it needs comprehensive road map and holistic policies to reinvent the branding techniques, marketing strategies and human gestures to promote international tourism in the country.
d. There is an urgent need to develop homestay tourism by involving all main departments, stakeholders and local communities in the country that would be hopefully create more opportunities of new businesses and jobs.
e. Kazakhstan is a liberal country with a peaceful, harmonious blend of people and religions, Asians and Europeans, Muslims and Christians should be attracted for country’s tourism. Thus Kazakhstan’s rich and diverse multiculturalism and ethnic diversity should be streamlined, systematized and properly highlighted.
f. There I urgent need to develop and provide ample infrastructural development in the country especially in tourism.
g. Declining domestic and FDI in tourism sector must be ratified as soon as possible through meaningful incentives, state protection and having ideal public-private partnerships in the country.
h. Cluster priority areas should be immediately identified at the national level. It should include business, environmental, cultural, educational, events and extreme forms of tourism throughout the country.
i. Lack of a wide range of animation activities and, as a consequence, of attractiveness of Kazakhstan as a touristic destination should be improved as soon as possible.
j. The insufficient development of the tourism and transport infrastructure that involve inaccessibility to historical and environmental sites must be developed and coordinated as soon as possible.
k. The low level of training, retraining and skills development and poor quality of services in the hospitality sector should be improved as a foremost national policy to attract more and more international tourists.
l. The diversity of Kazakhstan’s natural should be highlighted in all the regional TV channels or through integrated social networking because it has rich flora and fauna, habitat for about 122 mammal species, 500 bird species, and 107 fish species; in addition, over six thousand species of plants grow in the region.
m. Suitable preservation of rich world of plants and wildlife, a network of national parks and nature reserves has been established in the country which should be further developed by involving local communities and private sector in the country.
n. There is an urgent need to real beauty of Aksu Zhabagly Nature Reserve, which is home to snow leopards and other rare animals, and is also known as the “Kingdom of Tulips” through informative videos and small documentaries, articles, features and news items on regular basis in the country. Korgalzhyn Nature Reserve is famous for its pink flamingos and other rare species of wildlife and is popular among bird-watchers; Altyn Emel National Park is interesting for its mystery of Singing Dune; and Katon-Karagay National Park is a habitat of marals (red deer) thus all these paradises on earth should be properly and heavenly highlighted in all the regional, national, and international media outlets through rigorous cultural diplomacy.
To conclude, Kazakhstan is more than its steppes and mountains. It is also a country of rivers and lakes. A lake among the steppes can be like an oasis among empty deserts.
It suggests that the ministry of tourism should take a joint effort and integrated work mechanism along with local executive bodies in the implementation of measures for improving the tourist environment. In this regard, the regions should contribute to the development of tourism by improving the quality of services, training guides, developing new tourist products, and conducting information tours in the country.
Kazakhstan has unique culture is which always fantasizes all tourists travel to Kazakhstan. In this connection, everywhere in the country, a international tourist may easily be mesmerized with lavish Kazak hospitality, traditions, rituals, art, and culture. It can include museum complexes, ethno villages depicting the traditional lifestyle of Kazakh people, historical sites of medieval cities, and much more.
Moreover, the tourists may easily experience to traditional lifestyle of Kazakhs, local foods, and to interact with the local people in Shabanbay Bi Village, situated in Kyzylaray Mountains, Central Kazakhstan. Zhambyl Zhabayev museum complex in Almaty region includes a house with a garden, where the poet lived in XIX-XX centuries and a mausoleum may also be the hot attraction for them. South Kazakhstan is famous for ancient cities located at the routes of the Great Silk Road with historical monuments and other sites.