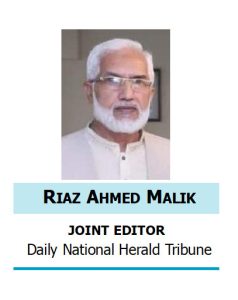 China Pakistan Econ omic Corridor (CPEC) has become true reflection of humanity and human values comprising of mutual cooperation, coordination and befitting propositions of development and of course survival. It is the nectar of social development, economic stability and sustainability. Both countries i.e. Pakistan and China are the ideal proponents of regional peace and stability. CPEC has now become 9th wonder of economic development and socio-economic prosperity.
Most recently, President Dr Arif Alvi approved to confer Tamgha-e-Imtiaz posthumously to three Chinese teachers kiled in a terrorist attack in Karachi on 26th April 2022.
The award was conferred in recognition of their valuable services for strengthening Pakistan-China relations and promotion of relations in the field of education and culture. The President signed the summary sent by the PM office on the matter under Article 259 of the Constitution and Decorations Act 1975.
Unfortunately, on April 26, a female suicide bomber targeted a vehicle carrying faculty members of Karachi University’s Confucius Institute, killing three Chinese nationals and their local driver. The president approved national awards for Huang Guiping, Ding Mupeng and Chen Sai, the real heroes of CPEC and Pak-China clad iron friendship.

Cooperation in health, tourism, culture, education and people-to-people cooperation is the way forward in the further development of CPEC in the country

According to the Economic Survey 2021-22, the Pakistani government considers CPEC as a long-term development project as it has the potential to serve as a corridor with multiple doors connecting China with Central Asia, Middle East, Africa and Europe.
It also revealed that both sides have successfully launched 56 projects under CPEC a flagship project of One Belt One Road Initiative (BRI). In this connection, 26 projects worth approximately US$17 billion have been completed so far and 30 projects worth US$8.5 billion are under construction. Moreover, about 36 projects having an estimated cost of US$28.4 billion were also under different stages of negotiations for inclusion in the CPEC framework.
Most recently, Chairman Senate Muhammad Sadiq Sanjrani said that the government was keen to further expand economic ties with China which would eventually enhance people-to-people contact of both the countries and would offer massive opportunities to the investors.
The chairman, in a meeting with a five-member delegation of Chinese investors, said business partnership and investment would help bring the people of both the countries closer. The two countries’ investors could benefit from investing in various sectors, he added.
During the meeting, matters of mutual interest, including bilateral relations, investment and CPEC projects also came under discussion. Both sides agreed to further enhance the bilateral relations. The chairman Senate said Pakistan attached great importance to the role of Beijing in global and regional affairs. He said Balochistan was rich in natural resources and Chinese investors should look forward to the opportunities to invest in various sectors across the province.
“Pakistan welcomes Chinese investors,” he said, underlining the need for further promoting Chinese investment in industrialization, mining, agriculture and digital technologies through which a new chapter of cooperation would begin.
Foreign minister of Pakistan Bilawal Bhutto-Zardari highlighted the importance of enhancing bilateral cooperation between Pakistan and China and said that bilateral ties would be further strengthened through investment and trade.
On the other hand, Chinese Foreign Ministry Spokesperson Wang Wenbin said that the media outlets from China and Pakistan could jointly project cooperation between the two countries by fact based reporting and counter false information by exposing lies aimed at making a greater contribution to China-Pakistan Economic Corridor (CPEC) development, socio economic growth and people to people exchanges.
He was of the view that the media outlets from both China and Pakistan can play the role as a bond, tell the story of cooperation between the two countries and combat false information so that they can make a greater contribution to CPEC development, socio economic development and the people to people exchange.
He said that the 7th CPEC media forum was jointly hosted by the Chinese Embassy in Islamabad, Pakistan-China Institute and China Economic Net (CEN) both offline and online.
The forum was attended by nearly 200 people, including high level officials from the both sides, diplomatic envoys, media and think tanks themed under strengthening the role of new media to present the CPEC.
The representatives shared their views on Global Development Initiative (GDIs), the promotion of media, Belt and Road Initiative and CPEC development and a fair and objective reporting of CPEC, he added.
Wang Wenbin said that during the forum, there was an inauguration ceremony of books on storytelling of CPEC and awarding ceremony of relevant media outlets.
Jointly organized by the Chinese Embassy, Pakistan China Institute and China Economic Net and after seven years of development, CPEC Media Forum has now grown into an indispensable exchange platform for the Chinese and Pakistani media with the biggest influence and most remarkable achievements.
Interestingly, Pakistan develops a new intercropping-specific soybean line to reduce imports. Maize-soybean strip intercropping technology was introduced from Sichuan Agricultural University, China to Pakistan in 2018. This advanced Chinese technology makes better use of available space to increase the amount of crops that can be harvested on the same area of land as soybean production.
China Pakistan Economic Corridor (CPEC) is the vivid reflection of robust agriculture cooperation and mutual development in which its phase -II would play an important role in the days to come.
In the rapidly changing socio-economic, geopolitical and geostrategic trends the CPEC holds the key of mutual success, consolidation, and economic sustainability.
CPEC Phase-II is the way forward and effective tool of achieving green energy, smart living, massive industrialization, hydro-energy development, climate change, bio-diversity, water conservation and above all social development.
To conclude cooperation in health, tourism, culture, education and people-to-people cooperation is the way forward in the further development of CPEC in the country.