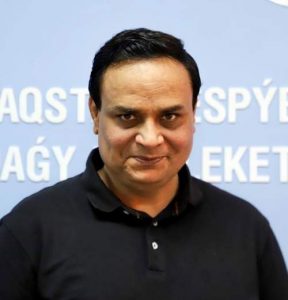 Seemingly, new world and new architecture of security is on the making. The EU imminent accession and ultimate inclusion of Ukraine in European Union, the US, UK, Australia, India and Japan sailing towards expected Asia NATO after already formed QUAD & AUKUS, further containment of China through misadventure postings in Taiwan, South Sea and last but not least, the consolidation of the EU Global Gateway and the US led Build Back Better World (so-called replicas of Chinese BRI) all strongly urge initiation of CPEC Phase-II in the country so that emerging socio-economic, geopolitical and geostrategic threats may be tackled jointly.
The new government of Pakistan is striving hard to start China Pakistan Economic Corridor (CPEC) phase-II as soon as possible in the country. But unfortunately, the Western media and its sponsored puppets in the country are purposefully disseminating false and fake propaganda about so-called widening trust deficit between the political and military leadership in Islamabad on the issue of CPEC.
It is completely untrue, fabricated and manipulated. Nevertheless, the follies of former government are still acting as wandering soul in the development of CPEC which somehow was remained slow and sluggish.
Contrary to ongoing planned 5th generation hybrid war against Pakistan and its armed forces, the political and military leadership in Islamabad is fully abreast of evolving geopolitics in Asia Pacific and beyond. Both consider the CPEC as an economic game changer for both sides. Both term the CPEC as strategic balancing act in greater regional stability through not hegemonic designs but harmonious socio-economic integration, not horrendous crimes but hopes of immense prosperity and last but not least not protectionism but through collective progressiveness. Thus immediate start of the CPEC Phase-II is the need of hour.

It is high time that Pakistan and Chinese leadership should pay special attention to promoting CPEC as socio-economic catalyst and game changer through forming corridor of knowledge in which The Center for South Asia & International Studies (CSAIS) would play an important role because it blesses with human will/capital, wisdom and vision, for projecting the soft image and national narratives of CPEC and of course both countries being custodian of socio-economic prosperity and guarantor of regional peace and stability.