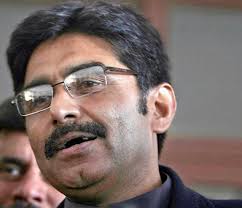 New Delhi, March 28 : Former Pakistan skipper Javed Miandad refused to attend meetings of the fact-finding committee of the cricket board to probe into the national team’s poor performance in the Asia Cup and World T20, Indian state run Press Trust of India reported on Monday.
“Every time we do badly in a big tournament, the board carries out this charade of appointing a probe committee,” Miandad told PTI.
“Why should I go running to attend their meetings on a call from a secretary. I have already said what I had to say in the media. First and foremost the top people in the board should step down,” he added.
Miandad, who has been extremely critical of the state of affairs in Pakistan cricket and the team’s dismal show, said nothing comes out of such inquiries.
“Nothing will happen. It is an eye wash because these committees are appointed by the same people who are responsible for the sorry state of affairs,” said Miandad.
The former captain is among a string of players invited to appear before the fact-finding committee to help in its inquiry. Some of the cricketers invited include Mohsin Khan, Hanif Muhammad, Tauseef Ahmed, Abdul Qadir among others.
The committee is due to meet in Karachi on Tuesday and then on Wednesday in Lahore. Interestingly, the committee is meeting at a time when two important members are not available.
Test captain Misbah-ul-Haq is out of the country while senior batsman Younis Khan has apparently once again refused to be part of the proceedings although both were named on the committee by the PCB. Miandad said he would be available to appear before any independent inquiry committee appointed directly by the Prime Minister, who is chief patron of the board.”I don’t think this committee can do anything because there is so much wrong in our cricket,” he stated.
The committee is headed by a non Test cricketer Shakil Sheikh, who is a member of the PCB board of governors and also Chairman of the cricket committee.
Other members include the PCB chief operating officer, Subhan Ahmad and former Test spinner Iqbal Qasim.
Qasim told PTI people needed to be patient as the committee would try to get to the bottom of the problem and give recommendations to resolve these problems.
“This time I think the committee’s recommendations will be taken seriously since even the PCB’s COO is on it,” he said.
Qasim was also a part of the two-member committee appointed after the World Cup 2015 to give recommendations for betterment in Pakistan cricket.